We play games on a daily basis for several reasons. Sometimes we just want to while away time or de-stress but when asked the kind of game it is, the usual answer could be “it’s a car racing game or it’s an action game”, Well, games have genres just like music and we will take you through a few of them.

Ever heard of a game Space Invaders? It was like the Call of Duty (Black OPS) of the 80’s. All you needed was a coin, slot it into the machine and bam! the game was ready to begin. Oh and of course when game is over you need another coin to get that game going again. Times evolved on arcade games and you could have them at home on your computer. But they include clones of Asteroids, Space Invaders, Pac-Man, Missile Command and Galaxian.

Card, logic and board games 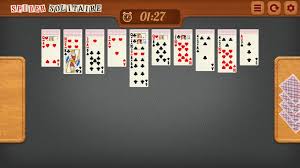 Card, logic and board games, these games speak for themselves. Card games like poker and solitaire are very common. They can also be played on computers where the computer can stimulate you opponent or probably a friend could be one.
Board games like scrabble and monopoly are table top games which you can play around with family or friends 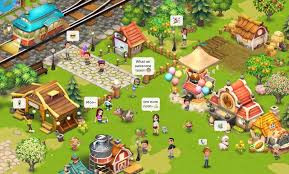 With these games sit feel that you actually in the it. They usually don’t have any strategy, all you have to do is get behind the controls and be the game. Flight simulation games like Flight Gear is a good example of simulation games because it’s pretty much like you are learning how to fly. 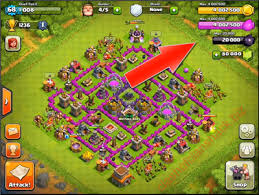 Strategy games like the name goes need a strategy to go by. It’s generally difficult to play complete it. Unlike simulation games where there is no strategy it can be played all through without any hustle, you are given missions which need to be completed before you can move on to the next level. Some such games include Grand Theft Auto and Call of Duty.

Ever played a game where all you saw was a gun shooting at anything that it came across or the hands of the character fighting the bad guys. That’s the first person shooter kind of game.
They are characterised in two parts. First is what I already talked about with the blowing up of things with the guns or probably fighting with weapons or your bare hands. And the second part usually happens in the first person point of view but this time in the eyes of the character. 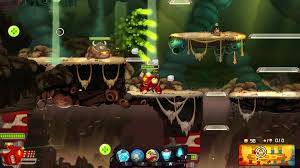 Side scrollers, wonder why it’s called that, but yeah you view them as 2D characters, the flat guys. Think of them as on paper. All you see is the front side and back at given times. Super Mario is an example.

Third person shooter is that kind of game you play and you view you character is 3D. Yeah enough already with the flat guys where you don’t see who you are. It’s quite similar to FPS but in 3D. Games like the Tomb Raider and Metal Gear fall under this category.

Games like Mortal Combat or Final Fantasy pass for RPG. They usually have a quest most of us call the story mode. The player needs to fight all the bad guys until the last stage where there is big bad boss and surprisingly a rather small superhero. But in the end the superhero becomes the victor. But yeah you get a little bit of ass whopping before vanquishing him. Sometimes you need to play over and over to get there. Dragon Ball is a kind of RPG where you play the character role of Goku. And as he fights up through the various levels, he gets some cool power up
Like I said before, these are just a few of the games out there. Which ones have you played and let us know if you find out more lol.